Dancing With The Stars: Live!

America’s favorite dance show is back on tour this winter to celebrate its 30th Season with “Dancing with the Stars – Dare to Be Different.” 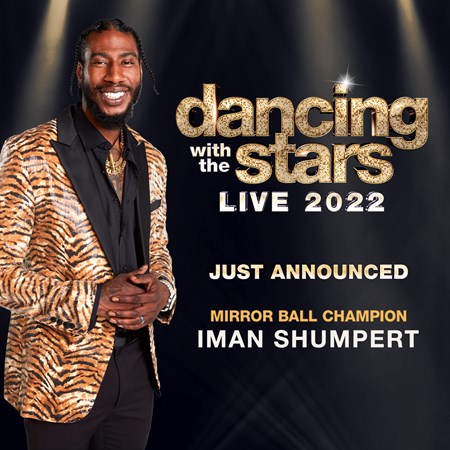 This all-new production will feature fan-favorite professional dancers thrilling audiences with all of the breathtaking dance styles seen on ABC’s hit show Dancing with the Stars. The show continues its legacy of performing showstopping routines from the TV show alongside new numbers choreographed specifically for the live show, ranging from time-honored dances like the Quickstep and Foxtrot to sizzling Latin styles like the Cha Cha, Salsa, and Tango. In this year’s state-of-the-art production, audiences will have the opportunity to experience the excitement, glitz and glamour they see in the ballroom every Monday night live in their hometowns.

Join us for a theatrical dance show, you can’t miss!